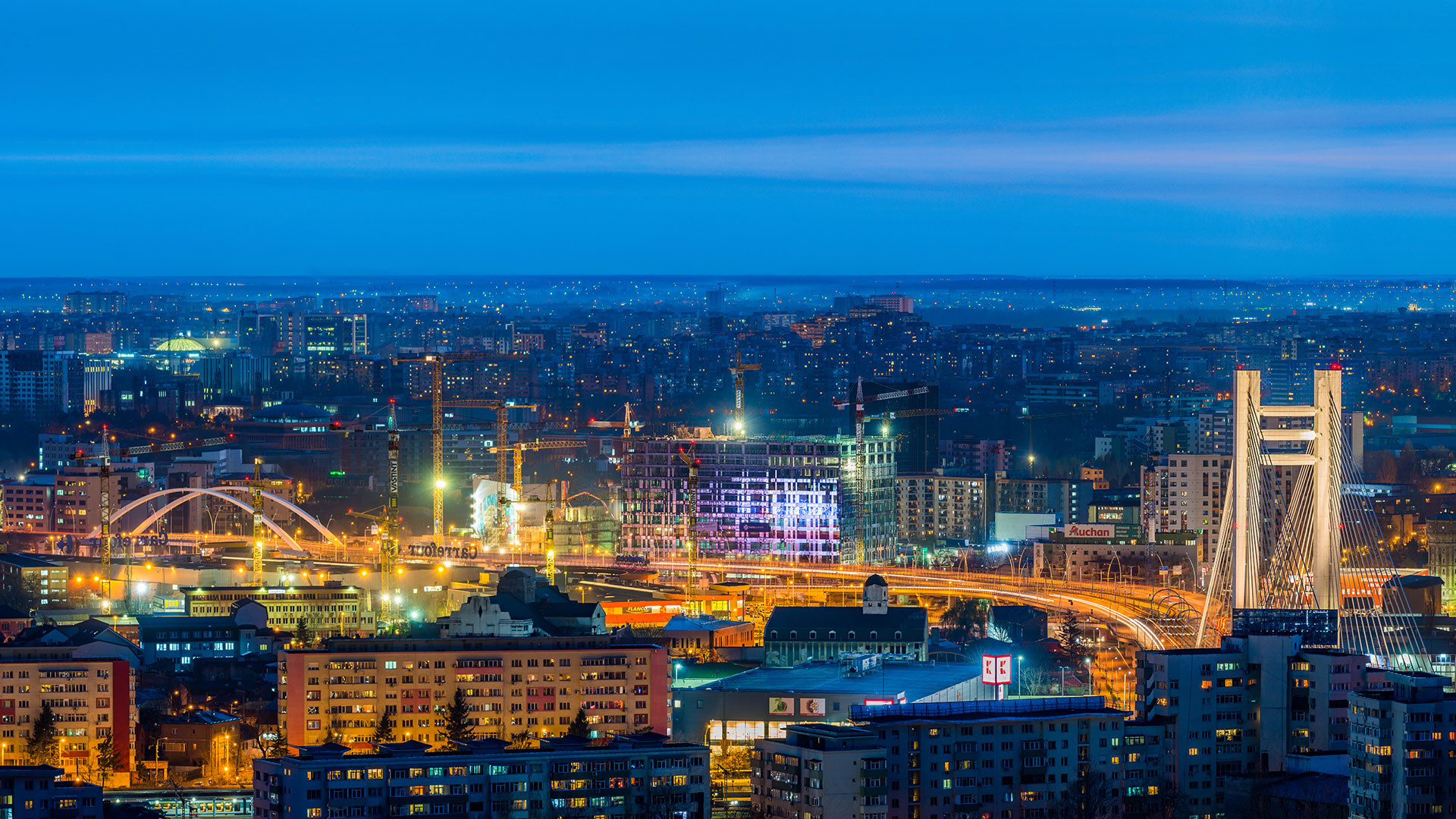 Since 2019, this mobile unit of Romania’s National Authority for Management and Regulation in Communications (ANCOM) has been travelling the country’s roads and towns to collect mobile connectivity data.

This was used to create Aisemnal, an interactive map that shows the 2G, 3G and 4G signal levels at any point in the country, including the most mountainous and isolated parts. The map also indicates areas with no signal or where users may encounter the risk of unintended cross-border roaming charges.

“It’s important for Romania to grow, invest and support people, projects and research infrastructure,” says Sebastian-Ioan Burduja, Minister of Research, Innovation and Digitalisation. “I encourage the private sector to innovate and create a sustainable and proper environment for business responsibility.”

The Aisemnal initiative is just one of several steps taken by the Romanian government to strengthen the telecommunications network and improve people’s access to digital services in the Eastern European country.

Recent years have also seen the Romania deploy an ultrafast broadband network with speeds of at least 100 megabits per second (Mbps).

The latest figures from ANCOM put the number of households with this service at 5.2 million, or 85 per cent of the total. This is well above the European average, according to the Digital Economy and Society Index (DESI).

4G and 5G mobile penetration has also grown. Three out of every four mobile connections in Romania now involves these more advanced, rapid network technologies, up 15 per cent in the last year.

“Twenty years after market liberalization, Romania has one of the most competitive communications markets in the European Union, with low tariffs, quality services and constantly increasing penetration rates,” says ANCOM President Vlad Stoica.

The construction of mobile broadband infrastructure was enabled by a favourable business environment, he adds. Telecom providers could make use of existing cable installations and generally found “low barriers… to enter the market for infrastructure development.”

The Aisemnal initiative, developed in-house by a team of 223 specialists, has two main objectives:

To date, the platform has received more than 2.5 million visits, government officials say.

Like many countries, Romania faces a range of challenges in its pursuit of digital transformation. Residents of Bucharest – the national capital, as well as host city for the upcoming Plenipotentiary Conference of the International Telecommunication Union (ITU) – enjoy better digital infrastructure than their rural compatriots, for instance.

Narrowing this urban-rural digital divide and continuing to expand e-government are high priorities for the Romanian authorities.

The Authority for the Digitalisation of Romania (ADR), formed in February 2020, is intended to drive the digital socio-economic transformation of the public and private sectors. It has since been integrated into the Ministry of Research, Innovation and Digitalisation, which was created at the end of 2020.

“I strongly believe that research and innovation must generate value in the economy,” says Burduja, heading the new ministry. “I took over the mandate as a minister with the mission to contribute to Romania’s future, as an example of good practices for other states, according to the brilliant minds we have.”

Surging demand for online services amid the COVID-19 crisis – combined with relatively strong existing network infrastructure – prompted the government to step up digitization massively in the last two years.

The national pandemic recovery plan includes initiatives to improve the interoperability of public data registries, migrate government services to the cloud, and develop public open data systems for reuse by the private sector.

More than one-fifth of Romania’s allocation under the EU recovery and resilience plan (RRP) for Romania is being directed to initiatives to digitize public administration, along with the national health and education systems.

“The good part of the new technologies is that we can do a lot from little things,” adds Minister Burduja. “We can accelerate the productivity of the Romanian economy to the maximum, adopting the latest generation technological solutions.”

Romania’s national telecom sector achieved about 20 per cent higher growth than those of other Central and Eastern European (CEE) countries between 2014 and 2019, according to ANCOM.

Government-led digitization initiatives go hand in hand with the emergence of a burgeoning entrepreneurial ecosystem.

FintechOS, a Romanian provider of digital infrastructure for banks and insurers, raised investment funds worth over USD 60 million last year, after being named one of “Europe’s hottest fintech start-ups” in 2020.

UiPath – founded in Bucharest in 2005 by former Microsoft engineer Daniel Dines – gained fame as provider of office task automation software. It later moved its headquarters to the US but continues to employ several hundred full-time staff in Romania.

Last year, investments in seed-stage companies grew by 130 per cent, putting Romania ahead of other markets in the region. The country, ranking among StartupBlink’s top 40 global entrepreneurial ecosystems, aims to make itself a full-fledged European tech hub.

About 7 per cent of its university students graduate into the information and communication technology (ICT) sector, the fifth highest percentage in the EU, according to a report by the Employers’ Association of the Software and Services Industry (ANIS). An estimated 9,000 new employees, on average, are joining the Romanian software and information-technology services industry each year.

Women are becoming more visible in the industry, too, with Global Women in Tech collaborating with local initiatives to boost the presence of Romanian women in science, technology, engineering and mathematics (STEM) careers.

Promoting women in STEM in Romania