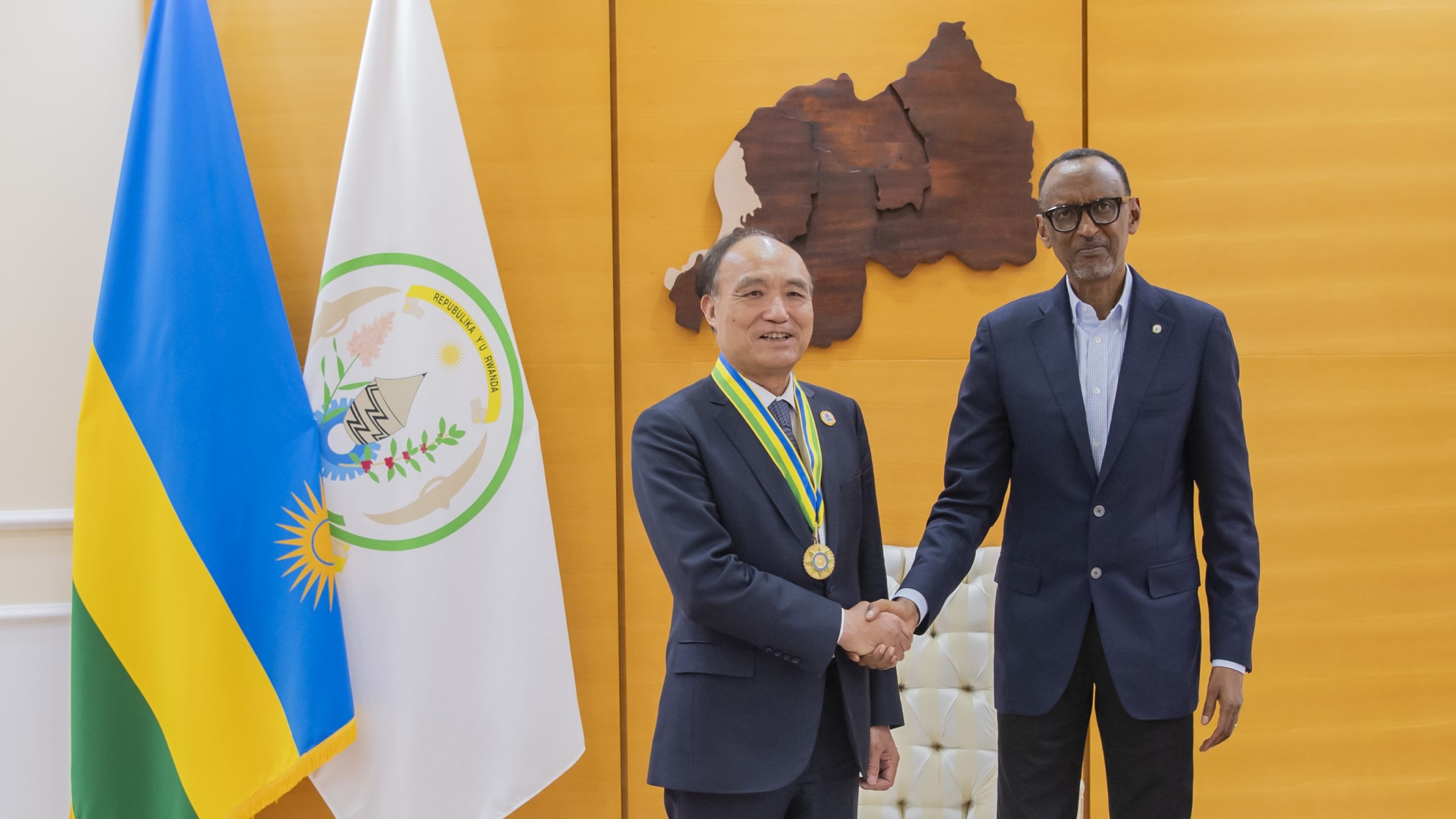 Rwanda’s President H.E. Paul Kagame has conferred one of his country’s highest civilian honours on the Secretary-General of the International Telecommunication Union (ITU), the United Nations specialized agency for information and communication technologies (ICTs).

Houlin Zhao, heading ITU for nearly eight years, has provided “distinguished service as the leader of ITU during a very consequential period for the globalization of telecommunications technology,” the Rwandan Presidency announced on Tuesday.

His induction to the National Order of Honour, or Agaciro, came during the second week of ITU’s landmark World Telecommunication Development Conference (WTDC), which has brought digital leaders and decision-makers and other stakeholders to Kigali for high-level global discussions.

“I am deeply honoured by, and sincerely grateful for, this recognition from the President of the Republic of Rwanda, who is a respected African leader and global ICT promoter,” Zhao said upon receiving the award.

“When I was first elected Secretary-General in 2014, only about one third of the world’s population was online. Today, nearly two thirds are connected, while a persistent digital divide leaves one third of humanity still unconnected. The President’s special award to me will inspire and encourage all to tackle digital development challenges and ensure no one is left behind. I would like to take this opportunity to pay my respects to President Kagame for his vision for the digital future, as well as his capable leadership in ICT adoption to transform Africa and facilitate global ICT development.”

Now approaching the end of his second term in office, Secretary-General Zhao received his medal at Village Urugwiro, the official Presidential Residence in the capital, Kigali.

The Agaciro medal is awarded to high-ranking officials for promoting political, economic, and social welfare consistent with Rwanda’s interests at the national or international level.

Driving digital development for all

“Cultivating and growing our relationship with the public and private sectors is paramount, both to further our technical work and advance meaningful development initiatives,” he said.

The 10-day conference is set to conclude on 16 June with the adoption of the Kigali Action Plan, a roadmap for accelerating digital transformation in the wake of COVID-19 and a guiding document for ITU’s work in the development sphere over the next four years.

This is the first WTDC taking place in Africa since the establishment of ITU’s Development Sector in 1992.

Last week, the conference featured the first-ever Partner2Connect Digital​ Development Roundtable, which put the spotlight on investment pledges from governments, the private sector, and civil society to advance global connectivity.

Among the numerous commitments from governments, companies and international organizations, Rwanda pledged to boost digital access and inclusion for underserved groups and areas, aiming to equip at least 2.8 million households with smartphones by 2030.

The eyes of the world on Kigali for WTDC

ITU poll: Here’s what it will take to connect everyone by 2030